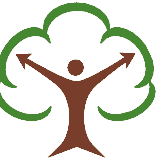 When did you begin to experience health problems?

My first back problems began around 1984, although because of being tall I’ve always had back ache of some sort.

Surgery for the back pain in 2000 went wrong and made me lose all function of my lower abdominal muscles so needed further surgery which then rectified the problem. However, since that time the pain has been excruciating when bending forward and  I couldn’t even butter my bread with my right arm.

I’ve been on amitriptyline for the pain because I can be driving 5-7 hours at a time across the UK to visit various customers so sitting for extended periods makes it much more painful.  Sometimes I get the train and can’t sit back against the seat because the jolting of the train is too painful across my shoulders. The majority of my job involves sitting at a desk for 8-10 hours per day.

I’ve been sent for scans over the last 4 years and I’ve tried osteopathy which revealed a herniated disk at T7 and a trapped nerve so I can often get nerve spasms in my neck without warning.  2009-10 I was off work for 6 months because I got such bad pain I felt nauseous all the time, got pins and needles in my leg and my temperature wen tout of control, night sweats were terrible.  I would have to lie down for half an hour after breakfast, then hoer, then half an hour rest agin, then get dressed, then rest on my side all day.

How did functional medicine help you?

I thought of it more as lifestyle medicine and acupuncture.  Didn’t know what functional medicine was!  But Simone’s approach was all encompassing so I think that’s what made the difference, it wasn’t just about the pain but it was about my overall wellbeing, my nutrition, reducing the pain-killers, manageable stretches (unlike those from the physio) and I felt like she viewed me as a whole person, not just a ‘back ache’.

What was the most challenging aspect of your healthcare programme?

The hardest part was believing something could work after so many years of being in pain.

How were you helped to overcome that?

The main thing that helped me address the challenge was….

What would you say to anyone considering starting treatment with Simone?

Simone is a truly amazing practitioner. A serious upper back injury had left me with severe muscle triggers (knots or sticky muscles as one Physio called them), causing the muscles to contract to such a degree they caused a curvature of the spine. Although there was a great deal of relief through conventional medicine in the year immediately following injury, there remained a significant amount of pain and still the spine curvature. Over the next five years I saw a variety of physiotherapists, a chiropractor and an acupuncturist practicing traditional Chinese medicine only. There were some improvements, but all were short lived and in some instances the treatment made the condition positively worse. I was convinced in my own mind acupuncture was still my best chance for significant improvement.

I came across Simone through internet search and attended her clinic in Penarth. She listened attentively to my long story and began treatment. After a few sessions it was predominantly the combination of deep massage (she uses her elbow so be prepared), and electro acupuncture which seemed to provided the most promise. At first there did not appear to be a significant improvement, but this changed after about five treatments.

Then after about the the eighth treatment the major triggers were just gone and my spine was more or less straight again for the first time in almost six years. She was also able to provide me with significant relief for hip pain.

Simone is a dedicated, passionate and in my opinion highly skilled professional whom I have no hesitation in recommending.